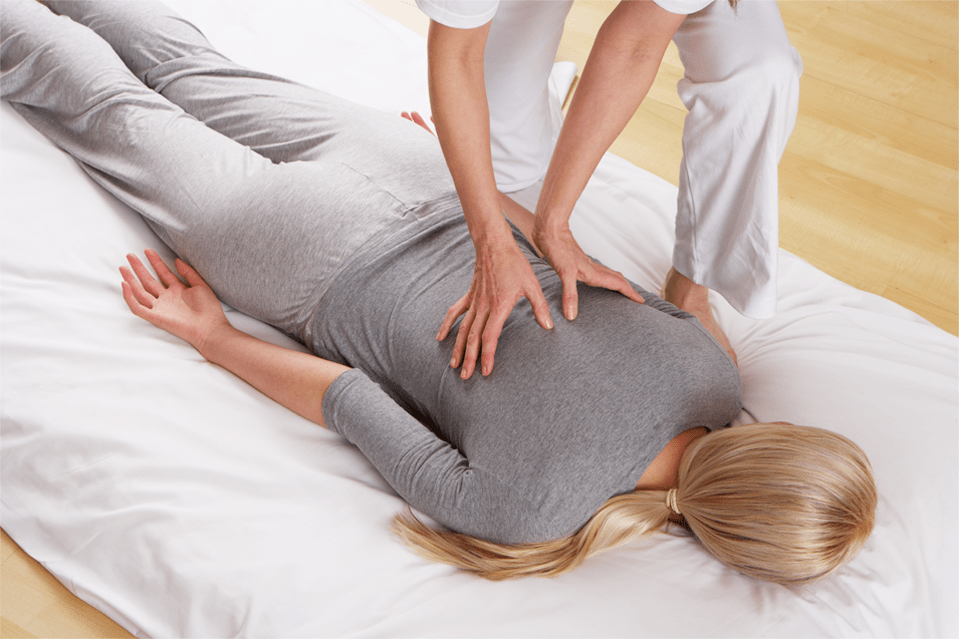 Shiatsu is a Japanese bodywork therapy with its roots in acupuncture, Oriental massage, and Traditional Chinese Medicine. Like many other forms of Oriental medicine, it takes a holistic rather than a symptomatic approach to health and illness.

Shiatsu is based on the movement of life energy Ki along meridians or channels in the body which can be influenced at specific points on the body. Stimulating these points externally by finger pressure, stretching, rotating techniques is said to reduce excessive ki where its flow is blocked and to restore it where it is under active. When ki stops flowing freely for whatever reason, a blockage is created. This blockage produces a symptom which can cause the illness to develop. Shiatsu helps to stimulate the body to use its own healing mechanisms. It works with the emotional and psychological, as well as the physical

Shiatsu helps to stimulate the body to use its own healing mechanisms. It works with the emotional and psychological, as well as the physical level. Shiatsu is an excellent preventative measure that will keep you in optimum health and well-being.

Shiatsu practitioners consider the patient’s energy levels and state of health as well as their symptoms when devising a treatment. The client usually lies on a mat on the floor or table fully clothed during treatment.

Shiatsu can support and help the body to deal with conditions such as: